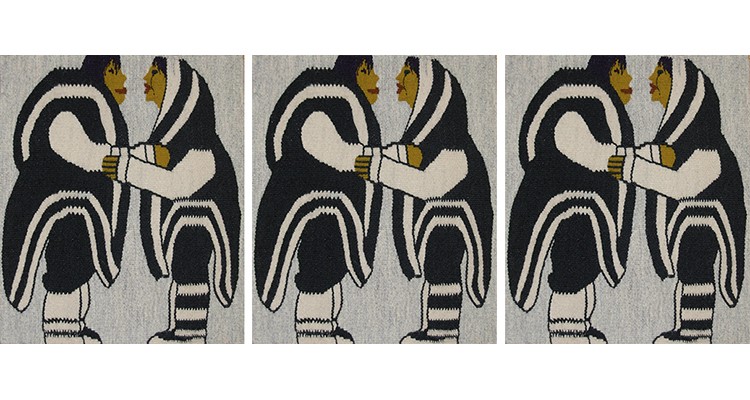 The Tapestries of Lila Nelson: Poetry, Myth and Protest

Featuring works from the Lila Nelson Collection of the Vesterheim: The National Norwegian-American Museum & Heritage Center

Support for the Opening Reception from Weavers Guild of Minnesota.

The Tapestries of Lila Nelson: Poetry, Myth and Protest

My purpose is to express my joys, my sorrows, my concerns, whatever comes my way, and to share them freely with whoever pauses to look.”—Lila Nelson

Lila Nelson was an adventurous Minnesota farm girl who left the land to attend college, join the U.S. Air Force, and then forge a national reputation as a scholar and artist of traditional Norwegian textiles.

Lila Nelson didn’t set out to become a weaver, and she didn’t consider herself an artist. Poetry was her first love. But as the tapestries in this show demonstrate, she developed her own distinctive style of visual poetry, colored by her love of nature, mythology, and political beliefs. Her work is deeply rooted in traditional Nordic weaving and imagery. She began her career as an English teacher, but her life changed course after her marriage to Marion Nelson in 1957. They honeymooned in Norway and Iceland and Lila attended the Oslo International Summer School. Her love of Norwegian culture and weaving began at this time.

In the early 1960s she began studying weaving with Anna Smits at the Weavers Guild of Minnesota, eventually becoming an active member and one of the founders of the Scandinavian Weavers Study Group.

In 1964 she and Marion were hired by Luther College to catalogue the collection of Vesterheim, the National Norwegian-American Museum & Heritage Center in Decorah, Iowa. Lila became the museum’s first Textile Curator and a national leader in the revival of traditional Norwegian weaving techniques. She retired in 1991 and was honored for her work by the King of Norway with the St. Olav medal and by Luther College with an honorary Doctor of Fine Arts.

After her retirement she began the exceptional body of work represented in this exhibition. The weavings are characterized by technical skill, formal innovation, and witty, often provocative, political content.