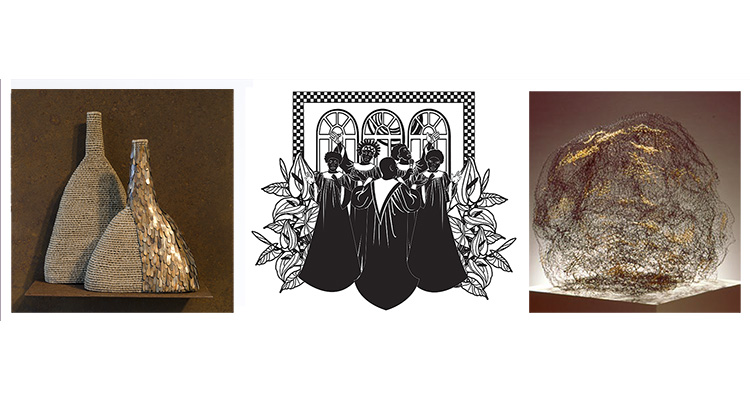 Carolyn Halliday, Chair, has been showing her work throughout the nation for nearly two decades, earning a variety of awards. In spring of 2014, she was the

featured visual artist for an episode of the televised TPT (Twin Cities PBS) production Minnesota Originals. She was a 2013 recipient of a Minnesota State Arts Board Artist Initiative Grant. Halliday is a featured artist in the book Knitting Art: 150 Innovative Works from 18 Contemporary Artists and in the book How to Be a Feminist Artist: Investigations from the Women’s Art Institute. Her work has also appeared in Surface Design Journal and Interweave Knits.

Actively committed to participating in the Twin Cities arts community, she has been a guest juror at various institutions including the Weisman Art Gallery, is a past president and former education chair for the Weavers Guild of Minnesota, and a member of a local spinning group created 25 years ago. For more than a decade, she has continued to promote artists’ peer critique by teaching and facilitating the Critical Response mode. Previously the Lead Mentor for the Textile Center Mentor/Protégé Program, she is currently a Mentor in the WARM (Women’s Art Resources of Minnesota) Mentor/Protégé Program and mentors artists privately. She has been employed by the Minneapolis College of Art and Design and was a teaching assistant for the Women’s Art Institute, offered through MCAD and St. Catherine University. Her work is included in the Minnesota Historical Society’s fiber art collection. 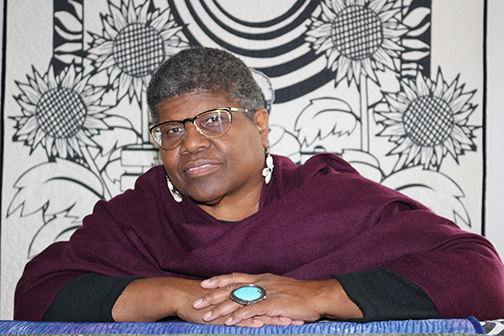 From the founding of the African-American Quilt Guild of Los Angeles in 1981 to the 1985 founding of the Women of Color Quilters Network (WCQN), Mazloomi has been at the forefront of educating the public about the diversity of interpretation, styles and techniques among African American quilters as well as educating a younger generation of African Americans about their own history through the quilts the WCQN members create.

Mazloomi’s quilts can be found in private collections around the world as well as in distinguished museum collections in the United States. To date she has published nine books highlighting African American-made quilts. Her artistic work, as well as her defense of solid research, has disrupted long-standing myths about African American quilts, myths much debated among quilt historians and quilters alike, and thus moved the conversation about African American quilt history forward to a more solid academic footing. 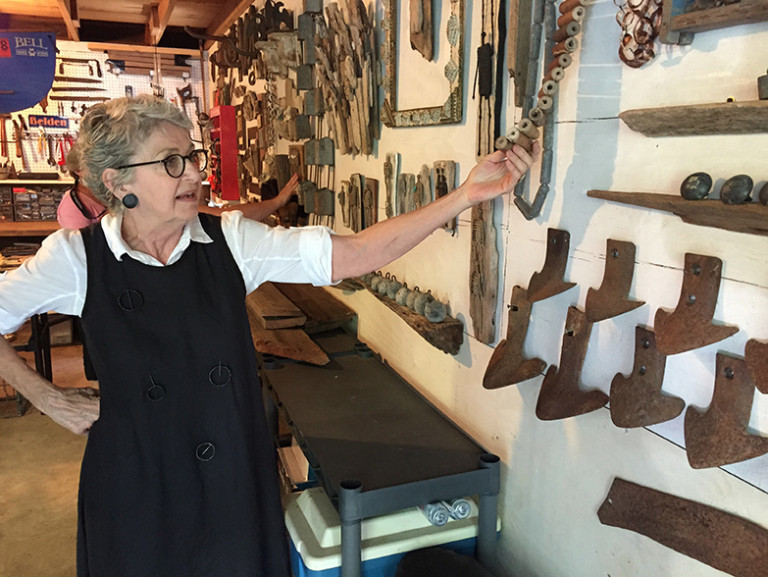 A native Minnesotan, Mary Giles was born in St. Paul and currently resides on the St. Croix River, north of Stillwater. It was when Giles was preparing to teach weaving to a high school class in the late 1970s that she discovered basketry forms and proceeded to develop techniques through workshops with fiber artists Walter Nottingham, Ferne Jacobs, Lissa Hunter, Diane Itter, Jane Sauer and John McQueen. Inspired by indigenous art, Giles also sought out and learned from Native American basket makers.

Giles’ work has been displayed in numerous galleries and museums in the United States, at the Barbican Centre in London, and has represented the U.S. at the International Triennial of Tapestry in Lodz, Poland. In 2013 she was named The Master of Fiber Arts by the Renwick Alliance of the Smithsonian Museum. Her work is included in the collections of over a dozen museums, including: Minneapolis Institute of the Arts, Minneapolis, MN; Arkansas Arts Center, Little Rock, AR; Racine Art Museum, Racine, WI; Contemporary Art Museum, Honolulu, HI; Erie Art Museum, Erie, PA; Detroit Institute of Arts, Detroit, MI; Fine Arts Museum, San Francisco, CA; Museum of Arts & Design, New York, NY; and St. Louis Art Museum, MO. 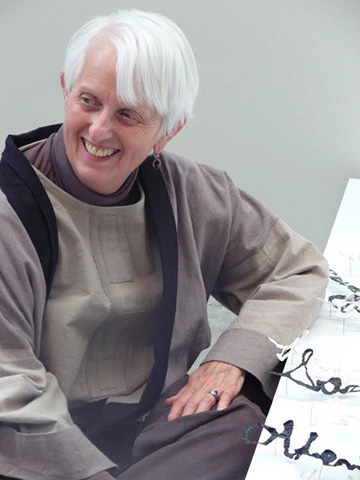 Tracy Krumm, member of Textile Center’s Board of Directors 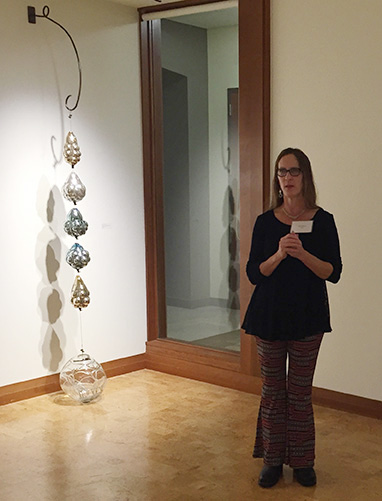 Krumm is currently an Associate Lecturer in the Art Department at the University of Wisconsin, River Falls, and maintains a studio practice in St. Paul, MN.