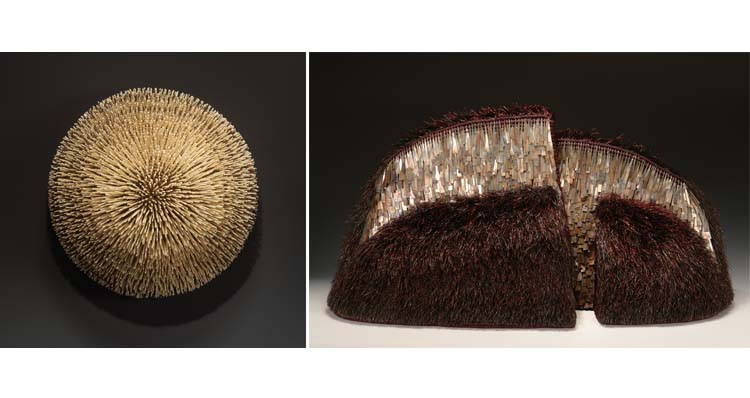 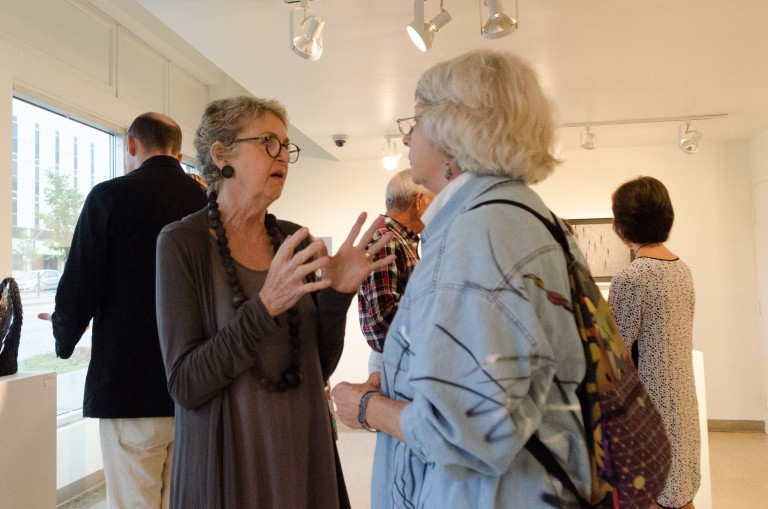 I interpret and express my concerns about our environment and the human condition through my work….I admire the directness and honesty I see in tribal art and I try to incorporate those qualities in my own art. My pieces express both action and reaction to what I have loved in the past and what I am discovering today. —Mary Giles

A native Minnesotan, Giles was born in St. Paul and currently resides on the St. Croix River, north of Stillwater. She received a BS in Art Education from Mankato State University in Minnesota and went on to teach art in the Twin Cities and St. Louis, Missouri.

It was when Giles was preparing to teach weaving to a high school class in the late 1970s that she discovered basketry forms and proceeded to develop techniques through workshops with fiber artists Walter Nottingham, Ferne Jacobs, Lissa Hunter, Diane Itter, Jane Sauer and John McQueen. Inspired by indigenous art, Giles also sought out and learned from Native American basket makers.

Giles’ work has been displayed in numerous galleries and museums in the United States, at the Barbican Centre in London, and has represented the U.S. at the International Triennial of Tapestry in Lodz, Poland. In 2013 she was named The Master of Fiber Arts by the Renwick Alliance of the Smithsonian Museum. Her work is included in the collections of over a dozen museums, including the Minneapolis Institute of Arts where Giles’ Dark Kiva (1994) is currently on display.