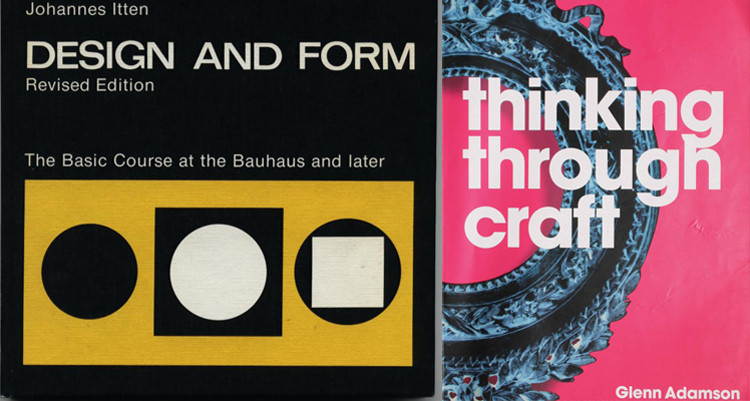 Is there truly something to argue about?
Art Speaks Series: July, 2014

“Over the last five to ten years, museum curators, gallerists, art historians, are all beginning to realize that there is a very, very fine line between the craft medium, and fine arts–to the point where many, many times, it just totally disappears.”–Artist Leslie Pontz, when exhibiting in Textile Center’s Joan Mondale Gallery, 2014

What makes an artist? Is it having a technical grounding in the creation of work, or in the material being used? Are they born artists, and create work spontaneously, without formal training? Or, is one only considered an artist when they’ve gained a following and exhibit the art for others to comment on and pronounce them as such? Does one need to sell their art, become known, and be sought after by others.

Did Grandma Moses consider herself an “artist” from the beginning, or only after she was discovered? And if she had never been discovered, would her work be considered art? Such questions apply to the Gees Bend quilters, who quilted out of necessity and for the community. Now that they have been discovered by an “authority,” their quilts are sold for high prices, and they have become–in the mind of the art world—artists.

Some maintain that the term craft has lost its meaning because technology is doing the process work. However, art maintains its status because there are institutions and structures in place to continue the meaning of art.

Most people find such assets as inspiration, training, economics, and philosophy to be key qualifications to being known as an artist. But, consider the lowly spider. She comes from a line of spinners: it is in her genetic make-up, so she spins constantly. Although she spins in hidden places, one day, a human strolls through nature at dawn when the sun is rising and there is dew on the ground and also on the spider’s web, and that human is dazzled by the beauty of the spider’s work–so intricate and finely crafted–and now exhibited in the open for all to see. Is that craft, or is it art?

Textile Center’s Library has several books devoted to this subject. The Bauhaus began before World War I and was terminated by the Nazis in 1933. Many of the survivors came to America and started their own Bauhaus schools. And by the 60s, 70s and 80s a new craft movement began positing that art was more than the rush by consumers to buy cheap goods. They started schools of their own, such as Haystack Mountain School of Crafts. Recent publications have stated that 21st century craft is losing its meaning altogether because of technology. Come in and decide for yourself.

Visit the Textile Center Library and make your own connections with our collection. Contributor: Nancy Mambi, Librarian.

Bibliography
All books found in the Textile Center Library